In pre-independence Nigeria, Enahoro’s motion set the tone for the appointment of a handful of women to two of the three regional legislative chambers. Two years later, Aiyedun was replaced by Lady Oyinkan Abayomi. In 1959 Margaret Ekpo and Janet N. Mokelu were appointed Special Members of the Eastern House of Chiefs. No women have been appointed to legislative institutions in the northern region.

Revered nationalist and pro-democracy activist, Chief Anthony Enahoro is best known for his 1953 motion calling for Nigerian independence in 1956. This piece of history stayed with him throughout his life. However, it must be identified with another equally important piece of history.

According to a transcript discovered at the Abeokuta National Archives, on January 20, 1953, Enahoro, a member of the Ishan Division Action Group, then part of the former Western Region, sponsored the following motion:

This House regrets that there are no female Members of Parliament in the House and requests the Lieutenant-Governor to recognize women as one of the special interests that are not adequately represented in this House and to exercise his powers under section 34 of the Nigeria (Constitutional) Order in Council, 1951, to appoint at least one female MP to the House.

He did not stop there but continued:

“Due to the slow development of the female population of the country and the discriminatory methods of the electoral laws, not a single woman has found her place in the Chamber. The country may soon adopt India’s seat reservation system for women.

He also said that if the request were granted, he wanted three important factors to be taken into consideration, namely: (i) The nominations should be representative; (ii) women of moral integrity should be appointed; and also (iii) women of intelligence.

Enahoro’s motion came at a critical time for women. Until that year, they only held seats on local government councils. In 1949, four women – Funmilayo Ransome-Kuti, Amelia Osimosu, Victoria Adetutu Soleye and Nusiratu Oduola – won elections to the Egba Central Council; and Oyinkan Abayomi (by appointment in 1944) and Henrietta Lawson (elected in 1950) had seats on the Lagos City Council.

However, women were absent from Nigeria’s regional and central legislative institutions and had no voice in major issues that affected their lives.

Alhaji Adegoke of the National Council of Nigeria and Cameroon (NCNC), who sat on the opposition bench, fully praised the motion: “If past performance was taken into consideration when appointing a woman, there would no doubt be no difficulty in finding one to sit on the NCNC bench.

Consider this example: In December 1949, when the “African Officers’ Widows and Orphans Pension Bill” was debated in the Western Assembly, it was flatly rejected. The report on the debate among the unofficial members was published in the Nigerian Tribune of December 18, 1950.

According to the newspaper, “Chief WE Mowarin of Warri Province said he had consulted many workers and they all agreed with him that if passed the law would cause problems without end during and after the life of the contributor. He advised that the scheme should only benefit orphans because if a woman’s children are cared for, the woman herself is also cared for.

The report further stated that members such as Elder Ooni of Ife, Sir Adesoji Aderemi, Chief Timothy Odutola of Ijebu-Ode Province and several others all supported Chief Mowarin’s view on the Bill. . Although the honorable deputies A. Soetan, the Aro of Kemta (Abeokuta), and MPA Oladapo of the province of Ondo believed in the spirit and the letter of the bill, they were in the minority and, ultimately, the bill was not passed.

Suffice it to say that throughout the duration of the Second World War, press releases declaring “the government’s regrets for the losses suffered by units of the Nigerian Regiment serving overseas” were issued. For example, in August 1941, the Comet released the names of fallen Nigerian soldiers in the following categories: “Killed in Action; died from wounds received while on active service; died on active duty; missing believed killed on active duty; accidentally killed on active duty; wounded and missing on active duty; and combat wounded on active duty. The widows and orphans left behind necessitated the drafting of the bill in the first place.

With the Macpherson Constitution of 1951, former candidates for the House of Assembly were swept away and replaced by an elected generation of fiery young nationalists like 30-year-old Enahoro.

Alhaji Adegoke of the National Council of Nigeria and Cameroon (NCNC), who sat on the opposition bench, fully praised the motion: “If past performance was taken into consideration when appointing a woman, there would no doubt be no difficulty in finding one to sit on the NCNC bench.

We can assume that he may have thought of Funmilayo Ransome-Kuti, who was the leader of NCNC Women in Western Region. She had also been a member of the seven-person Party delegation that visited England to discuss Richards’ Constitution with Colonial Secretary Arthur Creech-Jones in 1947.

…in January 1953, Remilekun Iseoluwa Aiyedun, wife of Rev. WO Aiyedun, pastor of St. Paul’s Anglican Church, Igbore, Abeokuta, became the first woman to hold a seat in the regional legislature. She wasn’t exactly a political outsider, having defeated Ransome-Kuti to win a seat on the Egba Alake branch of the Egba Central Council in 1952.

Support for the motion came from Chief Joseph Odunjo, the famous Yoruba poet of Egba Division: “It was the responsibility of men to encourage women to advance with them in politics as well as in the field of education. Where women have seats in the Legislative Chamber, they would be encouraged to present their justifiable income tax.

Unfortunately, not everyone agreed. Prince Adedoyin Adeleke, a lawyer and future Speaker of the Assembly, opposed the idea because of its “unconstitutionality”. He said such a decision and such discretion rests with the Lieutenant Governor. As we know, the latter – Mr. Hugo Frank Marshall, CMG – had the power to appoint and reappoint special members to the legislature. He did so in the ranks of those in mining, banking and shipping, etc., which at that time were exclusively male fields.

Another fierce opponent of the motion was Chief Dennis Osadebay of the Asaba Division. A jurist, he is best known in history for several political positions, including that of Leader of the NCNC Opposition in the Western House of Assembly and President of the Senate. Transcripts recorded Osadebay saying: The Order in Council provided seats for interests not otherwise represented and do the husbands, uncles and nephews of women in the House not adequately represent the interests of women? There is evidence to show that this view still has some credence in Nigeria today.

The motion was registered by the House Legal Secretary (anonymous), who said the Lieutenant Governor would be in order to appoint women. This seemed to convince those who opposed the idea to change their minds. Subsequently put to the vote, the motion was unanimously accepted.

Thus, in January 1953, Remilekun Iseoluwa Aiyedun, wife of Rev. WO Aiyedun, pastor of St. Paul’s Anglican Church, Igbore, Abeokuta, became the first woman to serve in the regional legislature. She wasn’t exactly a political outsider, having defeated Ransome-Kuti to win a seat on the Egba Alake branch of the Egba Central Council in 1952.

Her appointment made headlines: “The 1st woman legislator makes history”, proclaims the Daily maintenance; for the Nigerian Tribune, it was: “The House of Assembly approves the motion for women legislators.” At a reception held in her honor at the Ibadan Catering Rest House, the Western Region Minister of Education, Chief Stephen Awokoya, said: “We all hope that many more women legislators will follow. in 1956; the perspective of our women has always been lost in our legislature.

In pre-independence Nigeria, Enahoro’s motion set the tone for the appointment of a handful of women to two of the three regional legislative chambers. Two years later, Aiyedun was replaced by Lady Oyinkan Abayomi. In 1959 Margaret Ekpo and Janet N. Mokelu were appointed Special Members of the Eastern House of Chiefs. No women have been appointed to legislative institutions in the northern region.

Tayo Agunbiade is the author of Coming from the Margins: Women’s Experiences in Nigeria’s Colonial and Contemporary History.

Support the integrity and credibility journalism of PREMIUM TIMES

Good journalism is very expensive. Yet only good journalism can guarantee the possibility of a good society, an accountable democracy and a transparent government.

For free and continued access to the best investigative journalism in the country, we ask that you consider providing modest support to this noble endeavour.

By contributing to PREMIUM TIMES, you help sustain relevant journalism and keep it free and accessible to everyone.

Previous Big Problems, Simple Solutions: Why Open Source Govtech is the Need of the Hour 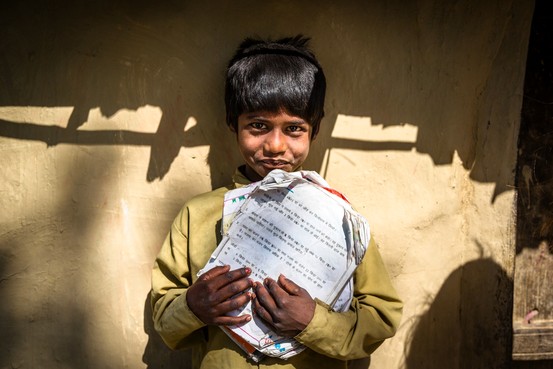 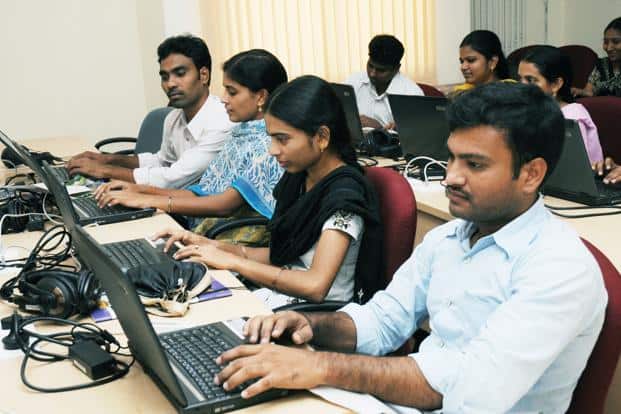 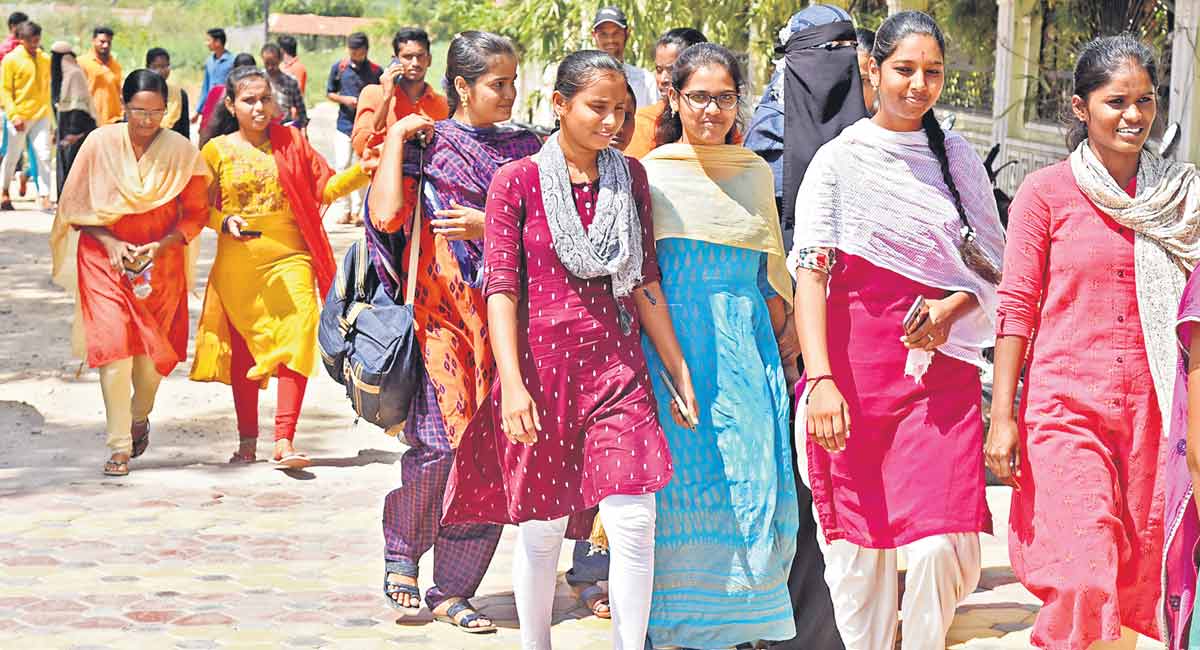